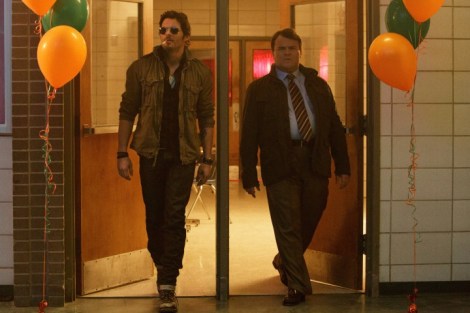 Miguel Arteta’s cult-classic Chuck & Buck [2000] gets a mainstreamified revamp with a provocative twist in the directorial debut of writing team Jarrad Paul and Andrew Mogel. Having done their due diligence as the guys behind the Jim Carrey vehicle Yes Man [2008] and the short-lived (but beloved, by me as with many) animated series Allen Gregory, it was high time that these clearly bright comedy talents had a moment to shine in the indie film spotlight. They got it, and their patience has been rewarded: their first feature, The D Train, was picked up for distribution by IFC Films following its World Premiere at the 2015 Sundance Film Festival.

Suburban husband, inattentive father, and general rube Dan Landsman (Jack Black, at his very best) is suffering from a case of arrested development. He’s an innocuous if effective salesman (of what, we never learn) under the tutelage of a becalmed mentor (Jeffrey Tambor, coming off his Golden Globe win for Amazon’s Transparent), but most of his energy goes into planning his twenty-year high school reunion. Perhaps because he’s obnoxious, because he’s married, or fat, or obsessive – you name it, he’s quirked-up by it – the rest of the reunion committee can’t stand to work with him. That includes the sympathetic dork Jerry (Mike White) and two grown douche-bros, Randy (Kyle Bornheimer, She’s Out Of My League [2010]) and Craig (Henry Zebrowski). 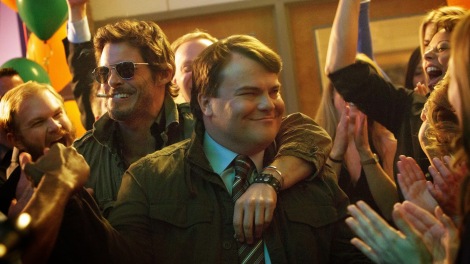 But when Dan notices his old “buddy” Oliver Lawless, the former high school playboy and current TV commercial actor played by the laughably sexy James Marsden, on the boob tube, he plots to bring the rest of the reunion together with the promise of Lawless’s attendance.

In most cases, you can already see how this film will play out and no further summary would be necessary. But Paul and Mogel’s script takes the underlying expectations of the genres into which The D Train would most typically be placed, and chooses to go deeper and darker than audiences might expect. It’s enough to say that the first act concludes with one of the funniest and least comfortable scenes in recent memory, made all the more outrageous by the inevitably intense collision of Black’s shlubby Landsman and Marsden’s blasé Lawless. As they unite on a shady trip to Los Angeles to form the perfect odd couple, Mogel and Paul take the buddy comedy to an entirely new level.

Unfortunately, what could have been a premise for the ages suffers from an overwrought emotional payoff and nondescript aesthetic execution, leaving little for more discerning audiences. The ups-and-downs of Landsman’s developing relationships with Lawless, his wife Stacey (Kathryn Hahn, so underutilized here that it hurts), and his boss – whom he manipulates into damaging the company by ordering computers and learning to use Google – are as procedural as an episode of CSI and only hardly more entertaining.

It’s hard to be critical of a film with such an inspired sequence as concludes the first act, and I expect Mogel and Paul – working with Black and the inimitable Mike White as producers – will learn to sustain such sequences for permanent laughs in future projects. Black here excels in a role both high-octane and miserable, once again revealing the depths that Richard Linklater mined in his stunning Bernie [2011]. That Landsman conceals a deep pool of loneliness and frustration allows Black to push through the moments that reflect his typecasting, of which there are far too many. Making matters worse is the underwritten Lawless, a perennial pretty boy who Marsden tries and fails to multidimensionalize by making his commercial career unsatisfying. Surprise, surprise.

The rudimentary structure and archetypes do as much disservice to the actors as to the first-time directors, with the supporting cast suffering particularly from uselessness and the more-than-occasionally flat one-liner. That The D Train so synthetically recreates the offbeat melancholia of Arteta/White’s Chuck & Buck at the script level doesn’t help matters, and in fact makes one wish that a mind as unforgiving as White’s had had stronger input on the finished product here. Hopefully, with the film pushing onward to American theatrical release in the coming months, plans will be laid for Paul and Mogel to have another opportunity behind the camera. Everyone deserves a second chance, right? 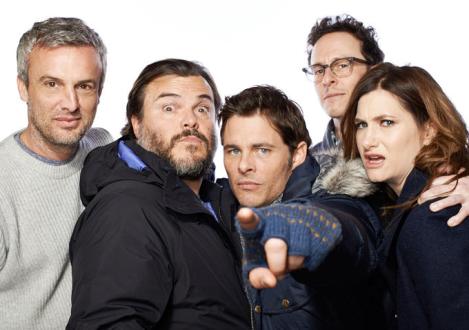