This is Everything: Gigi Gorgeous struck me as a saccharine and impersonal title, especially in the case of a documentary film, because the phrase “this is everything” could be about absolutely nothing. Then I saw the press release: “directed by two-time Oscar® award winner Barbara Kopple…Will be available on YouTube Red beginning on Wednesday, February 8th” (it will open theatrically this Friday, February 3, in New York and Los Angeles.)

As an Austin, TX resident and a true-blue millennial – though some consider me the Dan Nainan of film critics – I am oddly familiar with YouTube Red’s original programming, which includes Rooster Teeth’s Lazer Team, the Smosh movie Ghostmates, and Dance Camp. After all, this stuff is marketed to me. So I have seen several of these low-budget, middle-of-the-road indies over the years, and found the new streaming website’s growing slate of movies and series uniquely suited to an audience of my peers that does not include me. But under the direction of Kopple, one of America’s preeminent documentary filmmakers of such works as last year’s wonderfully sad Miss Sharon Jones! and the meteoric blast that was Harlan County USA, the new project was given a World Premiere slot at the 2017 Sundance Film Festival. I felt it deserved a fair watch, and it did at that. But I predict the dividing line between the cinephile crowd and YouTube Red’s audience remains uncrossable; if anything, This is Everything stands to deepen the divide. 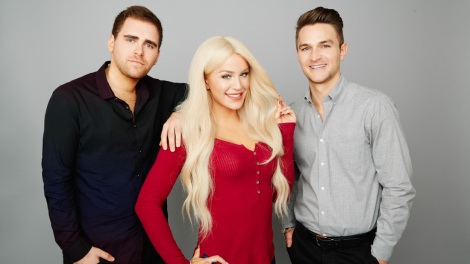 The documentary is unfortunately neither a great entertainment nor a successful artistic achievement on the level of the historical and zeitgeist-influencing work made by Kopple’s company with producer David Cassidy, Cabin Creek Films. I did not enjoy watching it so much as I respected its subject’s involvement and its expert editorial assembly by Michael Culyba, Anne Fratto, and Hemal Trivedi. Whereas Kopple’s films typically find fluid shift points between pleasantness and intensity, trifling details and investigative ones, here she seems fully, perhaps overly devoted to the sociological seriousness of her main character’s journey. As a result, we lose fun, and wind up admiring the film in spite of its apparent slackness.

This paradox disrupts the intrinsic excitement in the content-fueled world of transwoman and queer advocate Gigi Lazzarato, best known as the YouTube personality Gigi Gorgeous. Lazzarato (who also executive-produced and appears in nearly every frame) is a gregarious, expressive narrator, tracing her personal evolution from Canadian diving wunderkind to online celebrity with unashamed brio. That her physiological self-image gave way to its truest iterations in the digital age is no surprise: as Lazzarato’s fame as makeup artist “Gregory Gorgeous” skyrocketed, so did the urgency of her need to break down the disreality of her assigned gender role to the ever-expanding audience. Culyba, Fratto, and Hemal lace old YouTube videos in with interviews with the Lazzarato family to suggest that all, with the exception of her father, knew that the videos and their growing fanbase were becoming Gigi’s emotional lifeblood.

At a certain point, they become her sole source of income, helping to pay for a life of independence both financial and psychological. Simultaneously to our learning this in the second act, the film turns somewhat morose as the timeline of Lazzarato’s transition comes into focus. Depression and self-doubt accompany the star’s growing fame; and she is consistently put under the scalpel in an effort to find her truest body. That this funny, beloved transwoman used YouTube to earn enough funds to sustain highly expensive medical care is one of the film’s most touching acknowledgements.

Kopple portrays this process as devoid of real-world obstacles for Gigi and her family, who support her through-and-through. We are grateful that Lazzarato kept extensive videography of her time in clothing stores, surgical rooms, and public speaking events, because otherwise, this section of the film would have been a tacky montage. Even so, the editors seem unable to find the unending drama – internally-produced or external – which must have dogged Lazzarato’s transition process. How are we supposed to relate to her growth process, powerful as it is, when it goes off without any hitches? 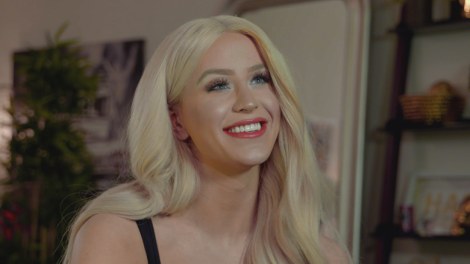 With few cost concerns (Lazzarato’s talent earnings have stretched into seven-figures for some years now) or frankly unsupportive family members to cause climactic conflict, This is Everything presents an oddly smooth passage in the short life of a superstar enjoying a career peak as a working model, actor, and entrepreneur. Is it trivializing to suggest that, given her subject’s great fame, Kopple was forced to present an uncomplicated happy ending to a far more complex story? How should the less privileged of Gigi Gorgeous’s followers associate with this somewhat glossy depiction of transition?

Lazzarato’s advocacy and philanthropy, for example, are only lightly touched upon in a three-clip segment of other YouTubers sending her weepy testimonials. The segment is sweet, but it does not explore the eloquence and vitality that her video diaries lent to the international queer community (if that can be quantified, one might start by considering her 2.2 million Instagram followers and her hundreds of millions of vlog views.) Even the film’s upsetting denouement, in which Lazzarato is rejected entry to Dubai based on arcane transphobic laws, feels tacked on, unceremoniously smooshing evidence of the engaged, sociopolitical commentary for which Kopple is universally applauded.

The greatest moments, as far as recording history-in-the-making go, all come from Lazzarato’s own footage. GoPro photography of herself before multiple surgeries and just after them present a dirty, undignified picture of the pain required to correct one’s appearance to match the insides. We even see her breasts after augmentation, a daring visual image that has perhaps never been so frankly or un-self-consciously depicted onscreen. It is a beautiful thing to witness Gigi’s bravura in full force, no matter the concerns of many offensive trolls – the film’s key villains.

As a document of the trans community in a highly political point in time, This is Everything comes at an all-too-perfect (one might even call it “calculated”) historical moment, and YouTube Red is sure to benefit from this first feature-length venture into original documentaries. All the more disappointing, then, that as an archival found-footage genre piece for the YouTube generation, and as a Barbara Kopple film, it seems unlikely to bridge the inestimable gap between aesthetes and vloggers. The only relief is that one can easily imagine Lazzarato climbing to higher echelons of success regardless of the impact made by her investments as a movie producer and social influencer.

One response to “Sundance 2017: “This is Everything: Gigi Gorgeous” is Nothing to Vlog Home About”