Winner of the U.S. Documentary Special Jury Award for Editing at the 2017 Sundance Film Festival

If a doctor cannot see the symptoms of a person’s illness clearly, should we as a society consider that person crazy? 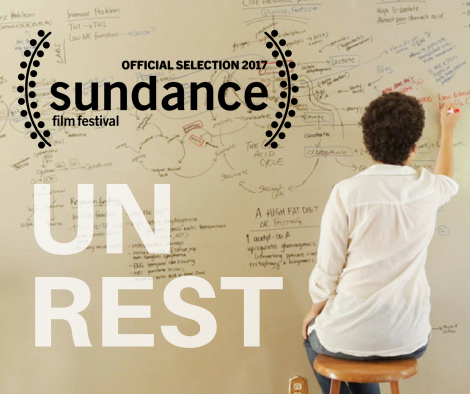 The perspicacious subject of Unrest, Jennifer Brea, is attentive to the disreality that forms between our visual understanding of disease and our belief that someone is afflicted with it. In our world, citizens and doctors often erroneously agree: can’t see it, can’t touch it, it isn’t real. But hi-tech advances in both medical and information technologies have forced the medical community to reevaluate arcane classifications of many human sicknesses, including Chronic Fatigue Syndrome, from which Brea suffers.

Brea, a filmmaker and activist, became partly bedridden during a Ph.D. program at Harvard (where she also met her husband, Princeton University professor Omar Wasow.) She began documenting her experiences first for autobiographical purposes, then to expose the underreported-upon trials of patients with CFS, also known as myalgic encephalomyelitis or M.E., around the world. A syndrome with no cure – for centuries falsely labeled as hysteria, hypochondria, and psychosomatic self-harm – it required of the filmmaker four years of assembling a crew, principal photography, editing, and post-production, all during extensive periods in which standing up was physically impossible. 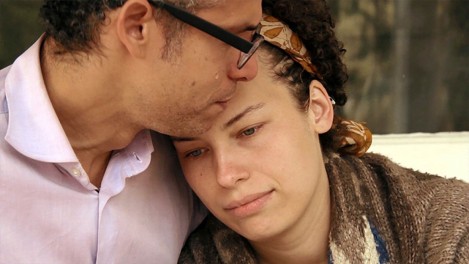 In that context, Unrest is a quite unbelievable accomplishment not only because of the managerial complexities necessary to get it made, but also because it is a tonally and aesthetically expert first film. Cinematographers Sam Heesen and Christian Laursen present an unjustifiable amount of sunsets for a medical documentary (we’ll let it slide this time). Editors Kim Roberts and Emiliano Battista use this footage to create juxtapositions between Brea’s often upsetting or frightening conversations with other CFS patients and images of natural landscapes the afflicted may never again witness.

As with many documentaries, this sometimes saccharine effect is intended to reach its maximal emotional power, ensuring that not a dry eye will remain as the movie continues to screen around the world. And Brea rises to the challenge, articulating through a pensive voiceover the colossal effort needed to sustain the film, her marriage, and her desire to live. Tragically, the climactic montage consists of those whose sicknesses brought them to commit suicide.

Roberts and Battista received the U.S. Documentary Special Jury Award for Editing at the 2017 Sundance Film Festival; and the film received appropriately warm responses to its screenings last week in its “Festival Favorites” screenings at SXSW.

More importantly, of course, is the change to policy, medical funding, activism, and information that Unrest could elicit during its ongoing international tour. With its wide-ranging invocation of such issues as patriarchal abuses in healthcare and the failure of the news media to properly discuss CFS, the film plays bigger than many illness documentaries of its ilk, more similar in response to a blockbuster like Lorenzo’s Oil than to Breathing Lessons: The Life and Work of Mark O’Brien. The recently-announced distributor, PBS’s Independent Lens, could turn this very fine achievement, and Brea – if she’s feeling up to it – to next-level exposure with the proper financial support; it may even improve the lives of millions.