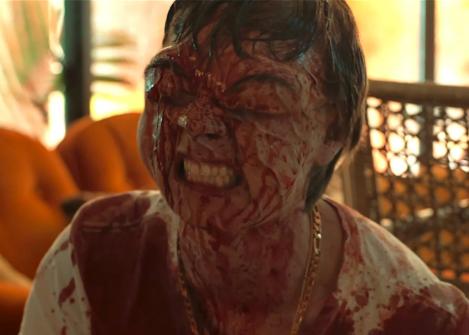 Have you ever been curious about what might happen if Quentin Tarantino ate bath salts before making a horror film? If you responded, “No,” that’s too bad for you, because Montreal-based writers Laurence “Baz” Morais, Sebastien Landry, Edouard Bond, and Philip Kalin-Hajdu have essentially put the answer onscreen already in Game of Death. 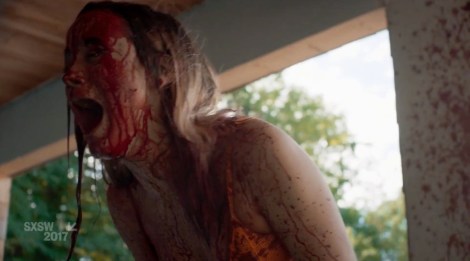 Repugnant in its physical violence and altogether likely to earn the filmmakers papal excommunication, it is also a darkly hilarious, rollicking flick for those who don’t mind hurling on their popcorn. Luckily, this did not seem to bother the film’s game audience much at its World Premiere in the Midnighters section at this year’s SXSW.

Described by directors Landry and Morais as “Jumanji meets Natural Born Killers,” the film posits an age-old moral question: how many people could you murder in cold blood if your life depended on it? For six lustful Quebecois teens (including two potentially incestuous yuppies and a drug-dealing deliveryman) who decide to play the demonic titular parlor game, that number reaches double digits over the course of a few hours.

Their quiet pool party is disturbed when one of their number, heroically unwilling to kill innocents, finds his head swelling and leaking fluids fast-pace. So the kids do what anyone in an unrelenting modern sex-slasher should: they start shooting, stabbing, and guillotining their way to what they hope will be personal survival.

Tasteless as the premise may be, the technical work on view here is suave and accomplished to such extents that Game of Death could position itself as the next It Follows. Landry and Morais inject these blood-thirsty young killers with the angsty urgency of adolescence, and the film’s warped aesthetic follows suit.

SPG’s cinematography – versatile, brilliant, and overwhelming – experiments with Robert Richardson-like slo-mo, lens discolorations, canted angles, and unlikely camera positions (though to be quite frank, the DP’s most shocking achievement is being named SPG.) The photography gives due attention to the grotesque makeup effects by Remy Couture and special effects by Blood Brothers (stop it, Blood Brothers._ Thanks to these departments’ efforts, we get some of the most upsetting human-head transformations since The Fly.

Though it sometimes feels like we are watching children willfully commit a Columbine-style massacre, the comic absurdism of the violence and the nods to eighties Direct-to-video exploitation pictures (which include a face-sitting scene) suggest the filmmakers’ firm cinematic fluency. How much nasty nonsense viewers can handle will determine still this film’s future, but the fact that it imitates its influences so deliberately helps the poison go down smoothly. 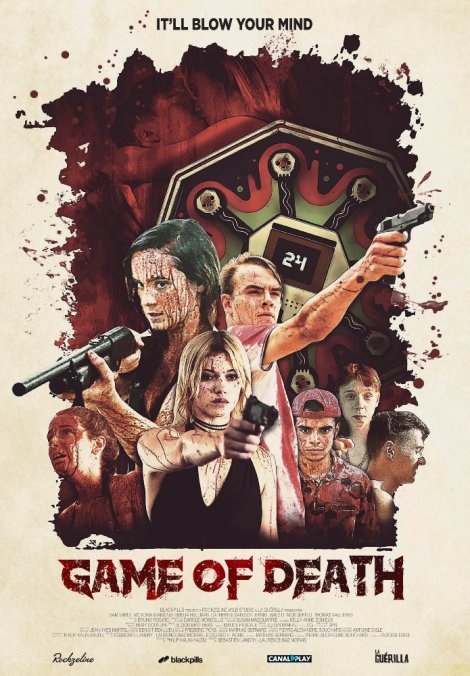